Chorus of DuPage is proud to have the following quartets associated with our chorus.  We endorse all of them as excellent singers and entertainers, suitable for any occasion...

The Upside Downers Quartet is one of several barbershop groups with members from the Chorus of DuPage.  They first performed on stage together in 2009 at the Sandwich Opera House with the West Towns Chorus.  Their traditional barbershop songs are supplanted with a sprinkling of Doo Wop arrangements from a myriad of artists such as the Beatles, Van Morrison, the Turtles, Elvis Pressley, Johnny Cash, Billy Joel, & Deke Sharon. 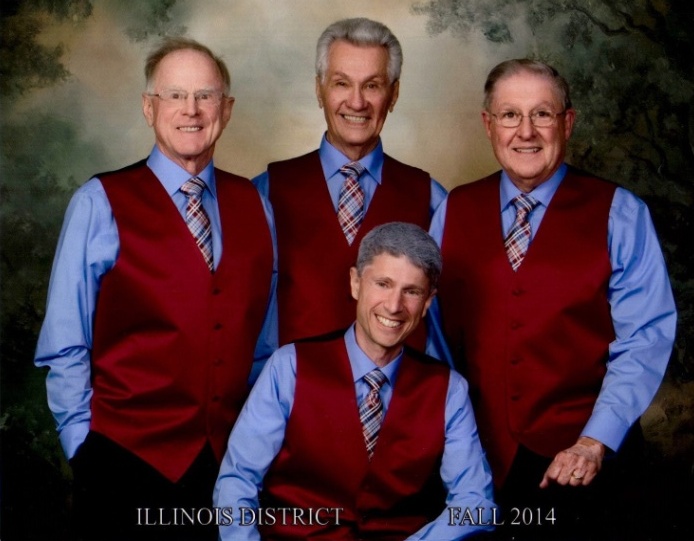 Registered with the Barbershop Harmony Society in August, 2015, this quartet focuses primarily on traditional barbershop songs, and barbershop-style arrangements of a few more modern popular songs.  The guys are particularly happy that they work well together, and like the same kind of songs!

Mark Barone is much younger than he looks in this photo - he sprayed silver in his hair when the quartet sang an old vaudeville song in an Illinois District contest!  Mark has only been involved in barbershop for about two years, and is a member of the "at-large" Frank Thorne chapter.  He has more formal musical training than the other three members of the quartet combined, as he has a degree in Music Education, and taught junior high and high school band for three years.    Mark is married, with a son and a daughter, and lives in Montogomery, IL.  He works as an inside salesman for a large provider of bio-hazardous waste disposal services.

Roger Elliott has been a member of the barbershop Society on and off since 1981, and is currently a member of the Kishwaukee Valley (near DeKalb, IL) chapter.  He was a member of a quartet known as Forte back in the mid-to-late 1990's.  Roger is happily unmarried, works as a carpenter (that's why his thumbs are rather unsightly), and lives in Malta, IL.

Jim Fourmont joined barbershop in 1969, and has been a very active member ever since.  He is currently a member of the Chorus of DuPage, and the Aurora Lamplighters chorus.  He has sung baritone with two seniors quartet champions in the Illinois District - Mashed Potatoes and Gravy, and Fox Sounds.  Jim is married, and has lived in Aurora, IL, for all of his life (except when he was in the U.S. Marine Corps).  He is a retired electrician, but still does various handyman jobs, primarily to pay for the barbershop sheet music he is constantly buying. 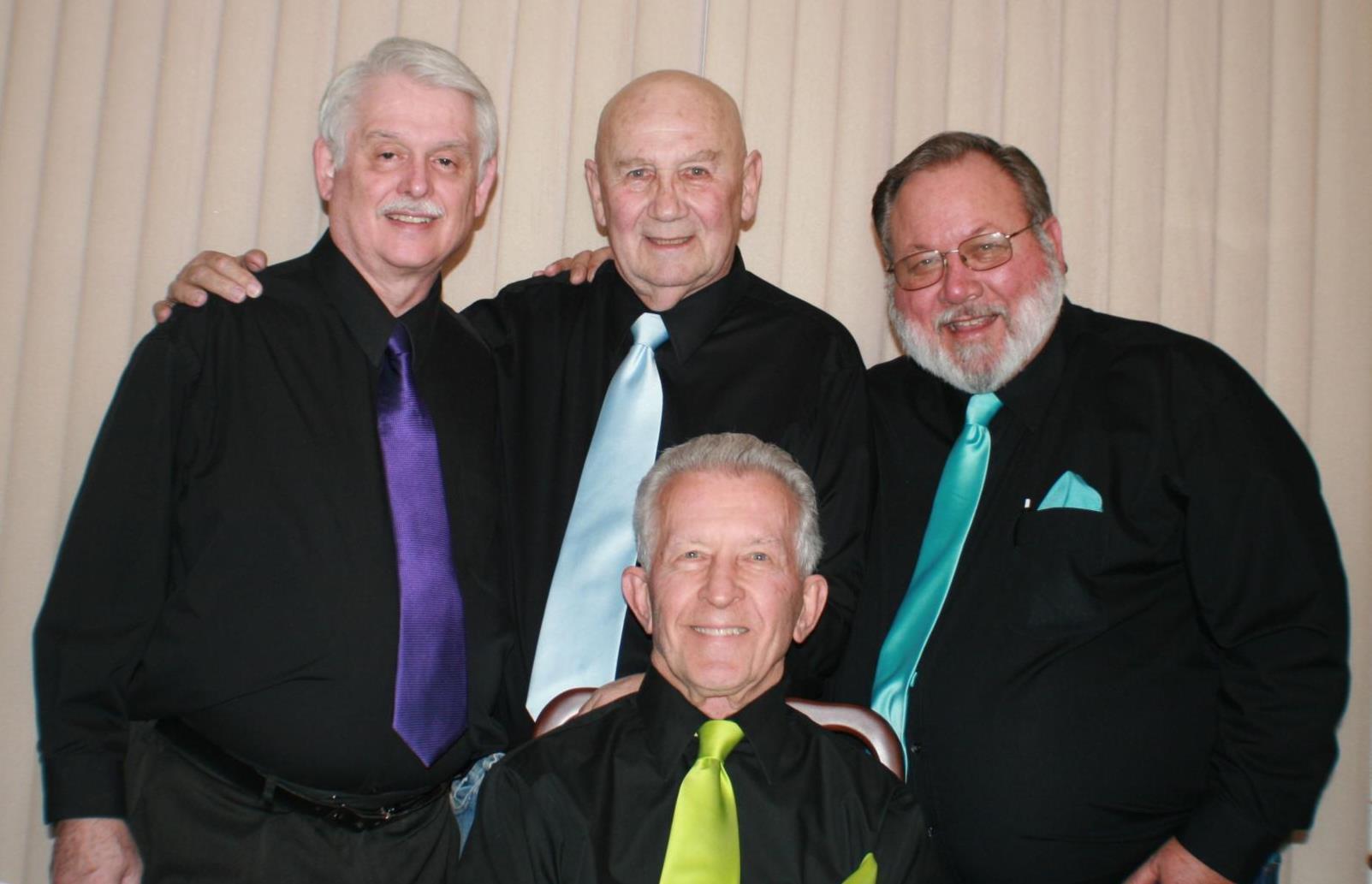